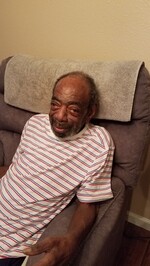 Aubary Lee Montgomery was born on May 5, 1933 in Liberty County, Texas to Grover
Cleveland Montgomery & Sarah Lee Hamilton-Montgomery. Aubary was raised in Bastrop
County, Texas where he attended High School.

After receiving his diploma, Aubary move to Houston, Texas and attended Texas Southern
University majoring in Business Administration. He joined in membership to the Damascus
Baptist Church where he met Johnsie Lee White; they were married on December 18, 1954 in
Houston, Texas. As a result of this union three children were born; Don Cornell, Judy Annette,
and Baxter Delworth Montgomery Sr., MD.

He worked for thirty-two years and retired from Yellow Freight Systems. Aubary was an avid
reader and loved to debate issues ranging from politics, sports, religion, and various other social
issues with his children, friends, neighbors, and other family members. Despite growing up in a
fatherless home, he instilled the importance of a strong family structure with his children. He
once stated to his two sons that “If you ever desert you future families, you won’t be welcomed
back into my house.” He was an avid music lover with Frank Sinatra, Sammy Davis, Jr., Mario
Lanza, and Jackie Wilson being among his favorites.

As a consummate “do-it-yourselfer,” he along with his wife Johnsie, built their home from
scratch with cash and with him as the general contractor. He was constantly repairing things
within and around the house, appliances, the cars, and many other things as needed. Most
importantly, he built and left a legacy of togetherness, love, dedication, and faith in Christ in the
context of a strong family unit that he never had as a youth.

Please see the service details below and the link for live streaming for those who are unable to attend.