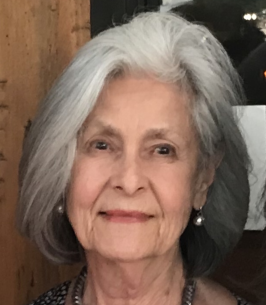 Barbara Massey Heckmann, born April 17, 1936 in Manila, Philippine Islands where her father was stationed in the US Army, passed away peacefully June 26, 2022, after a long journey with dementia and heart disease. Her pride and joy was her daughter who was fortunate to be by her side. Daughter of the late Brig. Gen. Clyde Massey and Hazel Cowen Massey, and sister of the late Lt. Col. Clyde “Skip” Massey, Jr., Barbara is survived by her daughter and son-in-law Leigh and Bill Stubbs, grandchildren Matthew Howard and Laura Massey Stubbs, and former husband Dale Heckmann with whom she maintained a special friendship.

Barbara grew up as an “Army brat”, enjoying living on various posts, but loved her years in Atlanta, graduating from Sylvan Hills High School in 1954 where she formed friendships that lasted her lifetime. From there, she entered the University of Alabama as an Education Major and pledged Delta Gamma Sorority. She later transferred to the University of Texas from which she graduated in 1958 and maintained her lifelong love and support for her Longhorns. In fact, no matter the cause for celebration, her go-to response was throwing up her Horns!

Upon graduation, she began an admirable career in education in San Antonio. Other than taking a few years off after the birth of her child, she taught predominantly first grade for 34 years, 33 of those years at Ft. Sam Houston Elementary School which was so meaningful to her due to her family’s military background. She retired in 1996. Her colleagues and countless students and families truly became her extended family. After retirement, she never stopped sharing her belief in the value of reading and learning with her grandchildren and friends.

Barbara’s true love was her family – she was immensely proud of her only child and encouraged her to participate in a variety of activities growing up. Despite being a “working mom”, Barbara never missed anything that Leigh was involved in and took such pride in all of her achievements. Barbara was fortunate to have her parents retire in San Antonio and enjoyed a very close relationship with them – in their later years, she lovingly made sure they were well taken care of until their passing in 1990. Eventually, Barbara’s love for her family grew exponentially with the addition of her son-in-law and two adored grandchildren.

Remembered as elegant and poised, she was also known as the ultimate hostess. Not much made Barbara happier than entertaining guests in her beloved home, setting a beautiful table and planning a well-thought-out meal. Including holiday decorations, themed hats and handpicked libations during her festivities were icing on the cake for her! Barbara absolutely loved to travel and was blessed to have visited many of the world’s beautiful and historic cities, both in the US and abroad. It was also not uncommon to find her nurturing her love for antiques by traveling with dealers on international buying trips or frequenting area antique stores and shows. Not one to sit still for long, she enjoyed being active in a wide variety of organizations, notably spending time as a docent for the Institute of Texan Cultures and the San Antonio Little Theater, supporting the San Antonio Conservation Society by working in Clown Alley during NIOSA for many years, and as a member of the Delta Gamma Alumnae of San Antonio, Ft. Sam Houston ISD Retired Teachers Association, the San Antonio Museum of Fine Art, the Marion Koogler McNay Art Museum, Republican Women of San Antonio, Texas Exes and Friends of Hospice. One of her biggest joys was serving multiple terms on the Board and becoming an Associate Member of the San Antonio Liederkranz.

A Funeral Mass will take place at St. Cecilia Catholic Church (11720 Joan of Arc Dr.) in Houston on Thursday, July 14 at 10:30 am with reception to follow.

Visitation with the family, followed by Interment, will take place in San Antonio at Sunset Memorial Park and Funeral Home (1701 Austin Hwy) at 3:00 pm on August 1.

Should you choose to send flowers for either service, in Houston please have them delivered directly to St. Cecilia Catholic Church or in San Antonio, deliver to Sunset Memorial Park and Funeral Home.

You are invited to sign the guestbook at www.asacredchoice.com