To share your memory on the wall of Corinne Addison, sign in using one of the following options:

Funeral Mass for Corinne Addison will be at 10 am on Monday, November 11, 2019, in the Chapel of Divine Mercy at St. Laurence Catholic Church, 3100 Sweetwater Boulevard, Sugar Land, TX 77479.

Corinne loved to dance and would often go country & western dancing with John. She also loved vacationing in Texas and Florida with family. She enjoyed working in the yard tending her flowers and listening to the water fountain she and John installed on their patio. Corinne was extremely artistic and her bluebonnet oil paintings are found in many of her family’s homes.

In lieu of flowers, donations to the Alzheimer’s Association, alz.org, would be appreciated.
Read Less

To send flowers to the family or plant a tree in memory of Corinne McGehee Addison (McGehee), please visit our Heartfelt Sympathies Store.

We encourage you to share your most beloved memories of Corinne here, so that the family and other loved ones can always see it. You can upload cherished photographs, or share your favorite stories, and can even comment on those shared by others.

Posted Nov 07, 2019 at 06:55am
You are such a beautiful lady. I will miss you and it was a pleasure to have been your nurse. God speed wherever you are, and please kiss my family when you meet them.
Comment Share
Share via:
LF

Posted Nov 05, 2019 at 10:42pm
Sending our prayers and condolences to your family during this difficult time. 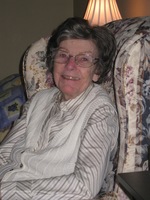