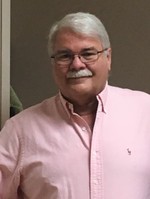 Gary Lucas went to be with his Lord and Savior Jesus Christ on May 9, 2020. He was born in Huntsville, Texas on February 2, 1962 to Lynn and Cora Lucas. Gary married Kristin Zilz, the love of his life, on July 8, 1995 in Willis, Texas followed by a Blessing of the vows on July 15th in Madison, Wisconsin, Kristin’s hometown. They were married just shy of 25 years.

Gary graduated from Willis High School in 1981 and went on to attend Texas State Technical Institute in Waco where he received an Associates of Applied Science Degree in Automotive Technology. He taught Automotive Technology at Fort Bend Independent School District for 34 years. Gary was active in his church, First United Methodist Church - Missouri City. He loved to take road trips with his family, hunt, and study Texas history. He especially enjoyed attending concerts at SHSU where his daughter Rebecca performed, and working on Scout projects with his daughter Alyssa.

Gary is preceded in his death by his father Lynn Lucas of Willis. He is survived by his wife, Kristin Lucas and his daughters Rebecca Lucas and Alyssa Lucas of Missouri City. He is also survived by his mother, Cora Lucas of Willis; sister Monte Wall and her husband Brad of Katy; sister Marla May and her husband Toby of Humble; nephew Stephen Ubernosky of Humble; and father-in-law and mother-in-law David and Mary Ann Zilz of Iola, Wisconsin.

A graveside service will be held on Thursday, May 14th at 11:00 a.m. at Ebenezer Cemetery in Huntsville, Texas under the direction of A Sacred Choice Funeral Home with the Reverend Howard Bruce officiating. Friends and family are invited to attend. A Celebration of Life will be held at a later date.