To share your memory on the wall of James Shay, sign in using one of the following options:

Print
James “Jim” Charles Shay, age 71, passed away on July, 10, 2020, in Houston. Jim never met a stranger. He was an unforgettable, charismatic charmer to anyone lucky enough to know him.

Jim was born on July 13, 1948 in Corsicana, Tex... Read More
James “Jim” Charles Shay, age 71, passed away on July, 10, 2020, in Houston. Jim never met a stranger. He was an unforgettable, charismatic charmer to anyone lucky enough to know him.

Jim was born on July 13, 1948 in Corsicana, Texas to Lesley Earl Owens and Glenn Irene Cowan, and later adopted by stepfather Vincent Shay. He graduated from South Houston High School and attended Stephen F Austin State University where he joined Delta Sigma Phi Fraternity. He then transferred to The University of Texas at Austin and earned his Bachelor of Journalism degree in 1970. Jim joined the Texas National Guard and served in the 71st Airborne infantry brigade for six years. He married his first wife, Joy-Dawn Baza, and their son was born.

Jim loved many things – fishing on the Texas coast, cold beer, Texas Longhorns, cooking brisket, single malt scotch, RV camping, restoring his mustang – but most of all he loved his family. Jim met his second wife, Carol Bennie, in 1976 and it was love at first sight. They were married for 40 years and added two more children to the family. Jim was a wonderful father and role model. He was extremely proud of Tracy, Brenna, and Mack.

Jim worked in the Austin advertising industry for over 30 years. His entrepreneurial spirit led him to start several ad agencies and a printing company. Following retirement, he emerged as a true renaissance man earning his EMT certification and Master Captain’s License, becoming a tour guide, studying the harmonica and blues guitar, running marathons, volunteering as a state park host, and perfecting his golf swing.

Jim’s life was a great story with a plot twist at the end. His life was shortened by a rare disease that affected his heart. It was devastating news for someone with a heart as big as Jim’s. Jim’s family would like to thank Dr. Kunjan Bhatt and his staff at Austin Heart for their support and guidance through this journey.

To send flowers to the family or plant a tree in memory of James Charles Shay, please visit our Heartfelt Sympathies Store.

Receive notifications about information and event scheduling for James

There are no events scheduled. You can still show your support by sending flowers directly to the family, or planting a memorial tree in memory of James Charles Shay.
Visit the Heartfelt Sympathies Store

We encourage you to share your most beloved memories of James here, so that the family and other loved ones can always see it. You can upload cherished photographs, or share your favorite stories, and can even comment on those shared by others.

3 trees were planted in the memory of James Shay

Posted Jul 24, 2020 at 07:07pm
Carol, I’m so sorry to hear of Jim’s passing. Please know that all of us here in Austin will miss him and that we are sending our prayers for you and your family.

Posted Jul 23, 2020 at 11:27pm
So sorry to hear this news. Jim was such a sweet and fun man, always making people laugh and smile. Have very fond memories of working with him at GSD&M back in the 70's. My heart goes out to Carol and his children.
Comment Share
Share via:
HS

Posted Jul 22, 2020 at 08:20am
Carol, Our hearts and prayers are with you and your family. What beautiful adventures and memories you have to treasure.

Flowers were purchased for the family of James Shay. Send Flowers 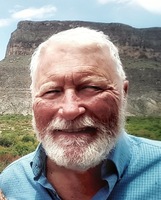 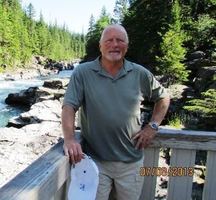 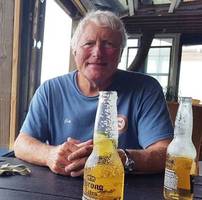