To share your memory on the wall of John Thompson, sign in using one of the following options:

John was selfless, always taking care of his family, friends and others around him. He had a passion for good food and learned to cook so that he could share beautiful meals with those he loved. He enjoyed history and travelling to discover other cultures which furthered his inspiration for cooking.

A celebration of life will be scheduled in California and in Hawaii at future dates. In lieu of flowers, please make a donation to a charity of your choice in remembrance of John’s spirit of sharing.
Read Less

To send flowers to the family or plant a tree in memory of John Russell Thompson Jr., please visit our Heartfelt Sympathies Store.

Receive notifications about information and event scheduling for John

There are no events scheduled. You can still show your support by sending flowers directly to the family, or planting a memorial tree in memory of John Russell Thompson Jr..
Visit the Heartfelt Sympathies Store

We encourage you to share your most beloved memories of John here, so that the family and other loved ones can always see it. You can upload cherished photographs, or share your favorite stories, and can even comment on those shared by others. 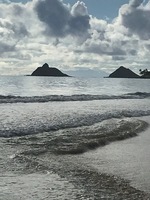