We're sorry but the candle you have selected is currenty in the process of being purchased or has just recently been purchased.

Please feel free to select another candle or check back in 15 minutes to see if the candle you have selected has been released for purchase.

We're sorry but there are no candles available for lighting.

You have already begun a candle purchase session. If you would like to continue with your current candle choice please click "Continue" otherwise please click "Select Another".

In Memory of
Jon Allan
Hofmann
Click above to light a memorial candle.

The lighting of a Memorial Candle not only provides a gesture of sympathy and support to the immediate family during their time of need but also provides the gift of extending the Book of Memories for future generations.

In the event that there is an error
in the information presented,
please contact the funeral
home by clicking here. 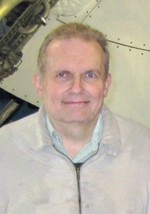 Jon Allan Hofmann (68) of Houston died on May 31, 2018 at CHI – St. Luke’s Hospital, Houston. He was born in Hampton, Iowa on October 27, 1949, the son of Frank Albert Hofmann and Ruth Lenis Osterland. He lived and attended school in Ackley, Iowa and graduated from Ackley-Geneva High School in 1967 and Ellsworth Junior College (Iowa Falls, Iowa) in 1969. He received a BA degree in Business Administration from Mankato State University (now Minnesota State University – Mankato) in 1971.
Jon subsequently worked for several insurance companies in Iowa and later moved to Houston to join the Insurance and Risk Management Department of Exxon Corporation. He later worked for Coastal Corporation and Harris County before becoming an Independent Insurance Agent.
He is survived by his brother James Hofmann and wife (Rita) and by his niece Lisa Ann Hofmann (all of Sugar Land, Texas) and by his nephew Bryan Hofmann of Houston. He was preceded in death by his parents.
Jon enjoyed music of many types and especially enjoyed attending the New Orleans Jazz Festival and also numerous other concerts and venues. His other interests included history, sports and movies and in his younger days, occasional skiing and tennis.
The family wishes to extend their sincere appreciation to the doctors and dedicated cardiac critical care nurses and medical staff at CHI – St. Luke’s Hospital and the Kelsey-Seybold Care Center for their valiant and exemplary care and efforts to provide Jon a chance for survival.
The Mass of Christian Burial will be celebrated at 10:00 am on Wednesday, June 13th in The Chapel of Divine Mercy at St. Laurence Catholic Church, 3100 Sweetwater Blvd. in Sugar Land.
In lieu of flowers to honor Jon’s memory, please consider a donation to the American Heart Association, the Society of Saint Vincent de Paul or a charity of your choice.

To send flowers to the family or plant a tree in memory of Jon Allan Hofmann, please visit our Heartfelt Sympathies Store.

This Book of Memories brings those affected by loss together by encouraging communication and self-expression. By giving friends and family a special place to tell their stories and express their feelings of loss, it helps them care for one another during a very difficult time. Click on any of the links to the right to access features or information within this memorial website.