To share your memory on the wall of Leonard Billa, sign in using one of the following options:

Print
Leonard Aaron Billa was born in Secunderabad, India to Major Anantha Rao and AnandaBai Billa. He was the younger brother to Angela Chrysolite who loved and cared for him dearly.

Leonard had a wonderful childhood and one of his early mem... Read More
Leonard Aaron Billa was born in Secunderabad, India to Major Anantha Rao and AnandaBai Billa. He was the younger brother to Angela Chrysolite who loved and cared for him dearly.

Leonard had a wonderful childhood and one of his early memories was walking hand in hand with his Mom and sister to Mom’s choir rehearsals on Saturdays at the Methodist Church Secunderabad. He enjoyed listening to his Mom who was the lead soprano. This inspired in him a life-long love for sacred music and choral singing. He had a beautiful tenor voice and joined the soprano and alto voices of his Mom and sister in song.

Leonard had a flair for the English language which led him to pursue studies in English literature. He graduated with a Master’s degree in English Literature from Osmania University in 1972. He started his career as an English teacher at St. George’s Grammar School in Hyderabad where he had an ardent following of high school students.

Leonard inherited an independent and hard-working nature from his Dad and a soft spoken and mild manner from his Mom. He wanted to make a life outside India and studied air ticketing which led to a job in Saudi Arabia where he worked as a travel & ticketing agent supporting British Airways from 1981 to 1983. Leonard arrived in the US in 1984. He lived and worked in New York before his company moved him to Houston, TX in 1985 where he spent the rest of his life.

In 1986 Leonard then in his mid-30’s had to see an emergency doctor for chest pains and found out he had a heart problem and had open heart surgery. God had saved his life in a miraculous way then and for several times to come. Since then Leonard had to manage his heart condition and grew a deep appreciation for the hand of God in his life. He was strict with diet and exercise and didn’t let his health situation get in the way of his career.

Leonard was very close to his sister Angela and her husband John and his niece and nephew Caroline and Charles. After the loss of his parents in the 90’s they grew even more close.

He enjoyed traveling and traveled to Singapore a few times to visit his nephew’s family and to Egypt and Mount Sinai. Leonard’s home on Ashton Park Drive was home base to the family just as he had intended.
Leonard made a career working for Petrobras America where he served in various positions before retiring as Assistant Corporate Secretary in 2018. He was well respected by his coworkers and peers.

Leonard was blessed to enjoy long-lasting friendship up until his last days with childhood friends and their families who settled in Houston. He is recognized as a God fearing, sweet and endearing man with a mind of his own who was endearing to everyone with his love, kindness and generosity.

Leonard loved the Lord Jesus Christ and followed him all the days of his life. He has been a member of the First United Methodist church since the mid-1980’s and hardly ever missed Sunday Worship.

Leonard is succeeded by his niece Caroline and nephew Charles, their spouses, grand-nephews Caleb, Joshua and Yohan and grand-nieces Joanna and Hosanna.

FRIENDS AND FAMILY MAY VIEW THE FUNERAL SERVICE VIA THE LINK BELOW.

To send flowers to the family or plant a tree in memory of Leonard Aaron Billa, please visit our Heartfelt Sympathies Store.

Receive notifications about information and event scheduling for Leonard

We encourage you to share your most beloved memories of Leonard here, so that the family and other loved ones can always see it. You can upload cherished photographs, or share your favorite stories, and can even comment on those shared by others.

Emily Horton, Anil & Melody Raj, and other have sent flowers to the family of Leonard Aaron Billa.
Show you care by sending flowers

Posted Nov 25, 2020 at 10:51am
My loving Lenna mama always had a cheerful smile on his face which not only brightened my day but also of others who were around him. There was this magic in his smile which can be remembered and cherished forever. He was the favourite of Chinna Aunty his only beloved and loving sister who always took great care of him. He used to make me feel at home with his warmth and charming smile and his inspiring word of wisdom. He was always appreciative of my sense of dressing and applauded me. His kindness and warmth gained him a lot of respect and love. The way he used to move around and interact with elders and children alike made him the cynosure of everyone. He was very fond of Judy and Joanna. He was a patient and a very good listener at any given time. All in all he was just like a friend to everyone without showing any bias. He was very appreciative of everything around him including the beauty of the earth and was expressive in anything he spoke. He was regular visitor to the Medak Cathedral during his stay here and always used to pay respect at his grandparents grave which are in the close vicinity of the church. His visitations during his stay here to each and every relatives house is worth mentioning which used to end with a meal at their place in all humility and expression of his love.

We love you Mamma and know for sure you are in the bosom of our Lord rejoicing with the others who have gone before you. We praise and thank the Lord almighty for your life on this earth.

Posted Nov 12, 2020 at 12:44pm
Leonard Billa. Such a great person. Always smiling, always polite and respectful, always very friendly and with an incredible positive and spiritual attitude. We worked in the same company and it was always a great moment when our paths crossed and we got to talk even for a little bit. Rest in peace dear Leonard!
My condolences to the family.
Comment Share
Share via:
E

Posted Nov 11, 2020 at 09:46pm
Our Deepest Sympathy extended to Lenny's Family. He was a wonderful man and an uncle to my children.
Loving thoughts are with you Caroline and Charles and family. Say goodbye but hold the memories in your heart.
Emily Raj Horton
Comment Share
Share via:
EH

Posted Nov 11, 2020 at 08:27pm
Deepest sympathy,our thoughts and prayers are with you all. Emily Raj Horton.

Posted Nov 11, 2020 at 12:11pm
I'm so very sorry for your loss. It was a pleasure working with Leonard at Petrobras. He was a very kind man, always full of positivity. May he rest in peace.
Comment Share
Share via: 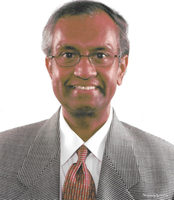