To share your memory on the wall of R. Letitia (Tish) Brady, sign in using one of the following options:

Provide comfort for the family by sending flowers or planting a tree in memory of R. Letitia (Tish) Brady

She was employed in the insurance industry as an underwriter for many years in Philadelphia and Los Angeles. After her children were raised she returned to work in property management and residential homebuilding, most recently with Trendmaker Homes.

Tish was a member of St. Cecilia’s Catholic Church where she was a volunteer in their school for several years. Tish worked on St. Agnes Academy annual auction and was Chairperson of the event in 2000.

Tish was a loving mother, an accomplished sewer and an avid shopper.

Tish was preceded in death by her parents Charles McGill and Rita (Dougherty) McGill. She is survived by her husband Mark, her children Mark II [spouse Bobbi], Lauren and Sean [spouse Tiffany], her sister Mimi and brother Charles, her grandchildren Mya and Trey, and many cousins.

The family would like to thank Memorial Hermann Hospice for their excellent care during Tish’s final days.

In lieu of flowers, donations may be made to the American Lung Association, Donation Processing Center, P.O. Box 7000, Albert Lea, MN 56007-8001 or by giving online at https://www.lung.org/get-involved/ways-to-give/
Read Less

To send flowers to the family or plant a tree in memory of R. Letitia (Tish) Brady, please visit our Heartfelt Sympathies Store.

Donations are being accepted for: American Lung Association.

We encourage you to share your most beloved memories of R. Letitia (Tish) Brady here, so that the family and other loved ones can always see it. You can upload cherished photographs, or share your favorite stories, and can even comment on those shared by others.

Alex, DeAnna, Savannah, Hailey Timbrook, Barry, Marcia and Family, and others have sent flowers to the family of R. Letitia (Tish) Brady.
Show you care by sending flowers

Guaranteed hand delivery by a local florist
AT

Posted Oct 25, 2019 at 01:56pm
My deepest and sincerest condolences to the Brady family. My thoughts and prayers are with you.

Posted Oct 24, 2019 at 12:56am
Dear Mark,
I am so sorry to hear that you lost your beautiful wife. She was so helpful to us when we bought our Trendmaker home in 2006 and also with any problems that developed afterwards. You have my deepest sympathy. I miss working with you at Seven Lakes High School. Cherish your memories.
Warm regards,
Nancy Rebeck
Comment Share
Share via: 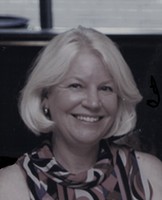 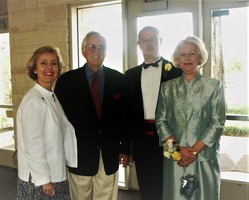 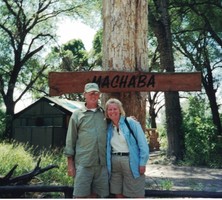