To share your memory on the wall of Ryan Wallace, sign in using one of the following options:

He grew up in Seminole, Texas and graduated from Seminole High School. Ryan received a B.A. from The ... Read More
Ryan Keith Wallace, age 27, went to be with the Lord on Wednesday, December 5, 2018. Ryan was born October 24, 1991 in Lubbock, Texas.

He grew up in Seminole, Texas and graduated from Seminole High School. Ryan received a B.A. from The University of Texas at Austin. He was a member of Sigma Chi fraternity and the UT Silver Spurs. Ryan was also active in student government at UT, serving as the State Relations Agency Director. Ryan pursued his love of politics and worked in Austin for Senator Charles Perry during college and following his graduation. Recently, Ryan graduated summa cum laude from South Texas College of Law. While at South Texas, Ryan was active in the advocacy program where he excelled receiving the following accolades: National Order of Scribes; Order of Barristers; Best Brief Award at Emory University School of Law and Pepperdine University School of Law competitions; Champion and Best Brief at the Chicago Bar Association competition; ABA Regional Champion, Regional Best Brief and National Best Brief; Dean’s Outstanding Advocate award recipient; State Bar of Texas Appellate Section Award for Excellence in Appellate Advocacy; among others.

Ryan exchanged vows with Kyrie Kimber Cameron Wallace on August 18, 2018. Ryan was admitted to the State Bar of Texas and began his legal career as an associate at Hunton Andrews Kurth, LLP in the Capital Markets Section where he practiced in the areas of Capital Markets and Securities, Corporate and Mergers and Acquisitions. Ryan assisted clients in US capital markets transactions, including public and private offerings of debt and equity securities and public and private merger and acquisition transactions. He also advised companies in connection with periodic SEC reporting, corporate governance and compliance matters.

A memorial service will be held at twelve o'clock, noon, on Tuesday, the 11th of December 2018 in the Hankamer Chapel at Second Baptist Church, 6400 Woodway Dr. in Houston. Immediately following, guests are invited to greet the family during a reception in the Deacon’s Parlor.

Memorial contributions suggested to Second Baptist Houston at www.second.org/give or Make-A-Wish Texas Gulf Coast and Louisiana by e-mail at development@texgulf.wish.org or online at www.texgulf.wish.org.
Read Less

To send flowers to the family or plant a tree in memory of Ryan Keith Wallace, please visit our Heartfelt Sympathies Store.

Receive notifications about information and event scheduling for Ryan

We encourage you to share your most beloved memories of Ryan here, so that the family and other loved ones can always see it. You can upload cherished photographs, or share your favorite stories, and can even comment on those shared by others.

Joanna Self, Class of 2010, and other have sent flowers to the family of Ryan Keith Wallace.
Show you care by sending flowers

Posted Jan 23, 2019 at 04:35am
We send our deep sympathy to your family during this sad and difficult time. Daily may God give the strength needed to cope. Ryan will be sadly missed.
Comment Share
Share via:
E

Posted Dec 11, 2018 at 05:46pm
My deepest condolences to the family, may you find comfort in prayer and the beautiful words of Isaiah 25:8 where God promises us that He will soon eliminate all death and suffering.
Comment Share
Share via:
JS

Joanna Self purchased flowers for the family of Ryan Wallace. Send Flowers

Posted Dec 11, 2018 at 09:15am
We are lifting you high in prayer. Ryan will forever be missed and his memories will be cherished in our hearts. With love,

Class of 2010 purchased the Peaceful White Lilies Basket for the family of Ryan Wallace. Send Flowers

Posted Dec 10, 2018 at 07:45pm
Our deepest condolences to the entire family from the Cardenas Family. 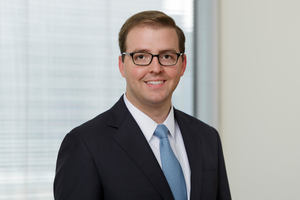