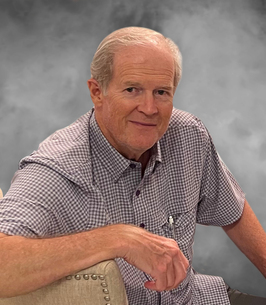 He lived life to its fullest and loved the outdoors. He was an avid hunter who always enjoyed the company of his dogs (Preacher, Otis and Virgil) by his side. Whether he was duck or quail hunting, he was constantly mentoring new hunters and showing seasoned hunters how to love and respect the outdoors.

Tom was born May 9, 1948, in Kilgore, Texas. He attended Gary Elementary in Tyler, graduated from Alamo Heights High School in San Antonio, and graduated from Marshall University in Huntington, West Virginia. He was attending Marshall when most of the football team died in a tragic plane crash.

Upon graduation he began working as a commercial real estate broker for Hines and the rest is history. He spent his entire career in commercial real estate and loved the challenge of every deal. In his lifelong career, he earned the friendship and respect of many across the business community. He will be remembered as a man of principle and character, a mentor to many and a friend to all.

Tom had the natural talent and personality to make friends no matter the situation, with a wide grin and a mischievous sparkle in his eyes. He was a man of many words and stories, some factual and others not so factual, who would leave everyone asking for more.

As an outdoorsman, he was a member of a number of sporting clubs and organizations including the Houston Chapter of Ducks Unlimited who recognized him as Sportsman of the Year in 1990. He was a member of many hunting clubs including the High Mesa Hunt Club, Pilante Lake Hunting Club, Los Cazadores Hunting Club (founder), and Waterfowl Preservation Association (founder).

Tom was an American and Texas patriot who loved the United States of America, the Constitution, and the great State of Texas. He loved to pontificate on government affairs and banter with anyone who would dare take the bait.

Tom and Melissa were married on April 20, 2000, at Cibolo Creek Ranch in Shafter, Texas, after a short, 8-year courtship. Their 22-year marriage was filled with love, laughter, family and friends. They are members of Christ the King Presbyterian Church where they serve as weekly greeters.

Tom loved his family. He was a beloved husband, brother, and uncle. He is preceded in death by his father, Thomas L. Ford Sr., mother, Helen Norman Ford, sister, Diana Ford, and his nephew, Kevin G. Gardner II.

He is survived by his wife Melissa, sister Patricia Gardner (Kevin), nephew Thomas Gardner (Calina), niece Melissa Gardner, and great nephews and nieces Trey, James, Brenna and Amelia Gardner.
A funeral service will be held on Tuesday, August 2nd at 1:00 p.m. at Christ the King Presbyterian Church, 1201 Silber Road, Houston, Texas. The family will receive friends at a reception in the Great Hall following the service.

The family would like to express their appreciation to the staff of Memorial Hermann Medical Center Mischer Neurological Institute for their excellent care and dedication.

Tom was truly a great man whose impact will forever be felt by family and friends. He was a selfless man whose passing has left a hole that only his love can fill. His ability to love, sacrifice, provide, support and forgive will forever be lessons to all he knew.

He now walks with his Lord and Savior in grassy fields beside still waters, ducks flying overhead and coveys of quail all around. His long-time hunting companions, Preacher and Otis, are by his side. Rest well my friend. We will see you again one day.