To share your memory on the wall of H. Beverly Taylor, Jr., sign in using one of the following options:

Provide comfort for the family by sending flowers or planting a tree in memory of H. Beverly Taylor, Jr.

To send flowers to the family or plant a tree in memory of H. Beverly Taylor, Jr., please visit our Heartfelt Sympathies Store.

Donations are being accepted for: The William and Mary Alumni Association.

We encourage you to share your most beloved memories of H. Beverly Taylor, Jr. here, so that the family and other loved ones can always see it. You can upload cherished photographs, or share your favorite stories, and can even comment on those shared by others.

James and Brooke Williamson and Phyliss and Cliff have sent flowers to the family of H. Beverly Taylor, Jr..
Show you care by sending flowers

Posted Aug 10, 2019 at 03:25pm
Sarah and Laura,
I just happened to run into an old friend today and she mentioned Bev's funeral. We were on a long road trip in at that time, and I had no idea. We are belatedly sending our sincere condolences on the death of your dad. Of all the years we knew him, one thing sticks out in my mind above all else, and that's his devotion and pride in you girls. I know he had a coveted tradition about taking off to spend the day with you -- either on your birthday, or on his -- can't remember which. But it seemed pretty sacred to him. We are so sorry for your loss and pray for healing hearts. May he rest in peace.
Lorrie and Tony Dawlearn
Comment Share
Share via:
BS

Posted Jul 31, 2019 at 05:56pm
What a guy! I worked with Bev for many years at SGI, and I can say that I looked forward to every interaction - a rare case when a sales guy meets up with someone from corporate. He was a class act in any environment. He will be missed...
Comment Share
Share via:
P

Posted Jul 16, 2019 at 04:29pm
My deepest condolences to the family. I knew and worked with Bev at several companies over the years - CDC, FPS, Cray, SGI. Always a gentleman, always a positive presence, and always a great friend! Rest In Peace Bev, no doubt already sharing some great stories with St. Peter at the gates of Heaven!
Comment Share
Share via:
HS

Posted Jul 14, 2019 at 07:55pm
The William and Mary community thanks Bev for all of his contributions to The College over the years. His class and character will long be remembered.

Posted Jul 14, 2019 at 07:47pm
Bev was a dear friend who always went above and beyond in all of his endeavours. He will be greatly missed by all. Love, James and Brooke Williamson 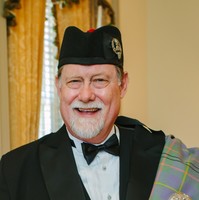