To share your memory on the wall of Lydia Rice, sign in using one of the following options:

To send flowers to the family or plant a tree in memory of Lydia Putnam Rice (Putnam), please visit our Heartfelt Sympathies Store.

Receive notifications about information and event scheduling for Lydia

There are no events scheduled. You can still show your support by sending flowers directly to the family, or planting a memorial tree in memory of Lydia Putnam Rice (Putnam).
Visit the Heartfelt Sympathies Store

We encourage you to share your most beloved memories of Lydia here, so that the family and other loved ones can always see it. You can upload cherished photographs, or share your favorite stories, and can even comment on those shared by others.

Dear Crawford and Family, We were so sorry to hear of the passing of our dear friend, Lydia. Please accept our condolences.

We have many happy memories of our times in Dallas with you both. It was special when Lydia and I went to Russia together and then met Mike in Vienna to have a Sachertorte at the Sacher Hotel.

Lydia will always live on in our memories.

Our best to you all.

Posted Jul 12, 2020 at 03:56pm
Dear Susan, I am remembering your mother as one of the most gracious, lovely women during our childhood. Please accept my condolences, and may the Lord give you and yours peace. Fondly, Kim Bogart Wetmore
Comment Share
Share via: 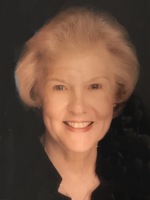